Let’s start with a statement that will get your brain really working and focused:

The car/automobile has evolved all by itself. No human contributed to its development and improvement over the last century.

A Few Critical and Essential Facts for This Discussion

About The Human Person
– Although the human person is the most advanced creature on Planet Earth, he/she are still very limited in many ways; thus unable to really grasp it all.
– Every human –regardless of the level of intelligence, education/knowledge, experience, and wisdom is tempted to JUDGE others; as if he/she knows everything.
– Therefore, it is very critical for you/the reader to meditate and think about the following before you make a choice about what you deeply believe in for your own daily living.

About Life On Planet Earth
– Life starts in the womb of a woman, and it comes to an end at death (for whatever reason natural or otherwise). Nothing humans can do to alter this.
– Every human holds a belief in something about what happens after death, and that belief depends on the individual’s grasp of life’s origin.
– There are two separate kinds of humans, those who believe in a creator of the world and of life, and those who believes upon accidental creation of the world.

I personally define faith as the deep personal belief a human has about creation and life. A religion is mostly a label that humans use to identify people’s basic beliefs about Creation, God, life on earth, and death.

Religions can cover the entire spectrum of human thinking, and according to Genesis,

When the Creator, God, saw that the people wanted to make a “name for themselves” and reach the heavens, He split them up, causing divergent languages, and in the same way, knowledge of God and the World.

All religions are influenced to some degree by the religious leaders, culture, and human traditions that have been passed down through generations.

Thoughts About the True Faith

There are two definitions we can work from about Faith.

Since humans can never fully prove anything about the origins of life and the cosmos around them, there can be only two assumptions to this Faith:

The World is formed from Creation, Thus a Creator had to have made it, meaning we know where our faith is.

The World is formed through Evolution, and thus everything was accidentally, meaning it was completely unknown.

When I say True Faith, It is because my faith is in The Creator and Sustainer of all creation, the universe, earth, plants, life that was made before and beyond us – that even in the 21st century, we cannot fully grasp the immensity of life even within ourselves – He is called God.

In reality, God is defined somewhat differently by each and every person based on his or her knowledge and understanding; and this is where religion plays an important role. Every human being is born and raised in a family or community that influence their understanding of life and all that goes with it. 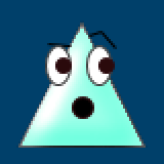 Article by victor bitar
Next Story
The Fundamental Concept